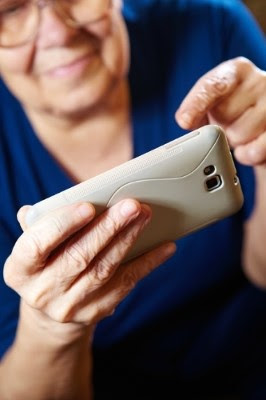 Newswise, March 28, 2016— Every day, more than 15 million unpaid caregivers provide care to people with Alzheimer’s disease, with little outside support and often at the risk of their own health.

Now a team of researchers, including David Wilkerson at the Indiana University School of Social Work at Indiana University-Purdue University Indianapolis, will use an innovation grant awarded by the Regenstrief Institute to see whether a social microvolunteering app developed for Facebook could help provide support many caregivers are now lacking.

The team, which also includes Dr. Daniel Bateman, a gerontology psychiatrist with the IU School of Medicine and Erin Brady, a faculty member at the School of Informatics and Computing at IUPUI, hope to have an answer to that question by early fall.

The three met through their participation in the Sandra Eskenazi Center for Brain Innovation eHealth group and decided to join forces to explore the possibility that their social microvolunteering application could aid caregivers.

The social microvolunteering app communicates with a Facebook community and can push and retrieve information to and from the entire community or only selected groups within the community.

Social microvolunteering is a simple and brief form of volunteer service usually done virtually through social networks and requiring no long-term time commitment.

It connects an individual with a question to a group of potential answerers, leveraging the social networks of a core group of supporters to expand the scale of answerers available and increase the speed of responses.

Brady developed and researched the social microvolunteering idea in an application for people with limited vision. Bateman will help the team understand the needs of caregivers.

Wilkerson's interest has to do with patient-centered care and creating a holistic care environment that includes caregivers and strengthens the resource of caregiving.

If the research project shows the application is effective, it could prove to be an inexpensive way to provide support to millions of caregivers.

Providing care comes with its own problems. Experts say caregivers have higher rates of depression, anxiety, insomnia, cardiovascular disease and health care resource use, making caregiver self-management an important target for intervention, according to research studies.

Wilkerson said the team will be investigating small groups of five to eight caregivers; each group will have a Facebook account.

The group will be asked what informational and emotional support questions it would like to get answered in alternating weeks of the research. This aspect of group discussion is anticipated to be a first step in the development of mutual support and will generate questions that will be pushed to the larger Facebook community for the purposes of social microvolunteering.

The social microvolunteering app retrieves their answers, and relevant answers are sent back to the caregiver group for deliberation. The online caregivers' group will discuss online which answers seem the most relevant and then take action. Wilkerson said the caregivers would give authorization through their Facebook page to use the application for the test period.

The team expects to recruit 24 to 26 people, who will be divided up into four groups by April, and then start the project in May

"If our intervention can increase support, it can potentially improve caregiver health and, in conjunction with primary health care interventions, extend the amount of time that people with Alzheimer's can remain at home," Wilkinson noted.
Posted by Unknown at 8:40 AM