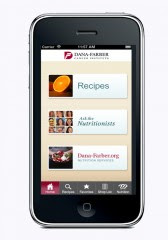 Newswise, March 3, 2016 — A popular smartphone app purported to accurately measure blood pressure simply by placing a cellphone on the chest with a finger over the built-in camera lens misses high blood pressure in eight out of 10 patients, potentially putting users’ health at risk, according to research from Johns Hopkins.

Although the app, called Instant Blood Pressure, is no longer available for purchase, it was downloaded more than 100,000 times and is still functional on phones, the researchers say.

“We think there is definitely a role for smartphone technology in health care, but because of the significant risk of harm to users who get inaccurate information, the results of our study speak to the need for scientific validation and regulation of these apps before they reach consumers,” says Timothy B. Plante, M.D., a fellow in the Division of General Internal Medicine at the Johns Hopkins University School of Medicine.

The study, described at the American Heart Association’s Epidemiology and Lifestyle meeting and concurrently online March 2 in JAMA Internal Medicine, was conducted by Plante and Seth Martin, M.D., M.H.S., an assistant professor in the Division of Cardiology at the Johns Hopkins University School of Medicine.

Blood pressure is best measured, the researchers say, using the well-established technique of inflating a cuff attached around the brachial artery in the arm to detect the force of blood flowing when the heart is beating and at rest. Either a trained medical professional or a machine “listens” to sounds from the brachial artery as blood flows under variable pressure from the cuff.

Plante and Martin undertook the study because “we were skeptical that even very talented people could design an app that could accurately measure blood pressure in such a different way,” Martin says. “Because of the absence of any rigorous scientific testing, there was no evidence that it worked or didn’t work.”

To conduct such testing, Martin, Plante and colleagues recruited 85 adult volunteers among patients and staff members in clinics associated with Johns Hopkins Medicine. The participants self-reported a range of body mass measurements, races and ethnicities, all factors known to influence blood pressure.

Each participant had his or her resting blood pressure measured twice using a reliable automated blood pressure monitor commonly used in research studies to avoid measurer variation or error. Participants also used the app to measure their own blood pressure twice on the same day.

Results showed that blood pressures measurements from the app were overwhelmingly inaccurate. Close to 80 percent of those with clinically high blood pressure, defined as 140/90 millimeters of mercury or above, measured by the automated blood pressure monitor showed normal blood pressure with the app.

The authors say that it is unclear how the app arrives at a blood pressure number. They suggest in the study that, rather than attempting to measure true blood pressure, the app gives a population-derived estimate based on the user’s age, sex, height, weight and heart rate, the latter of which could be detected by the phone’s microphone.

“Because this app does such a terrible job measuring blood pressure,” says Plante, “it could lead to irreparable harm by masking the true risk of heart attacks and strokes in people who rely on the accuracy of this information.”

Martin and Plante note that mobile health smartphone applications are becoming more commonplace, and many have the potential to greatly improve health by putting personalized medical resources and information literally in the hands of patients through cellphones.

Though the results of this study were discouraging, they say improvements in the technology could make blood pressure measurement apps accurate and useful. The app studied here, which cost $4.99 when it was sold, was removed from Apple’s App Store in late August 2015 for reasons that are unclear.

“The next big step in health care is to further engage folks in their own care and motivate them to reduce risks associated with diseases like high blood pressure,” Plante says. “But care must be taken to make sure they get the accurate ways to do that.”

The work was funded by the PJ Schafer Cardiovascular Research Fund.
Posted by Unknown at 8:29 AM